An Update on The Franklin COVID-19 Work

Home → Latest News → An Update on The Franklin COVID-19 Work

During these difficult times, the research and medical communities around the world have come together to rapidly produce data on and find treatments for COVID-19. We at the Franklin are proud to be part of these extraordinary efforts. Here is a current summary of our efforts:

The Protein Production UK (PPUK) team, led by Professor James Naismith and Professor Ray Owens, have identified, produced, and refined nanobodies – potent antibody tools derived from camelids – against the SARS-CoV-2 spike protein. These nanobodies show powerful neutralising capabilities, have strong potential as a therapy and these agents are now progressing into animal trials. 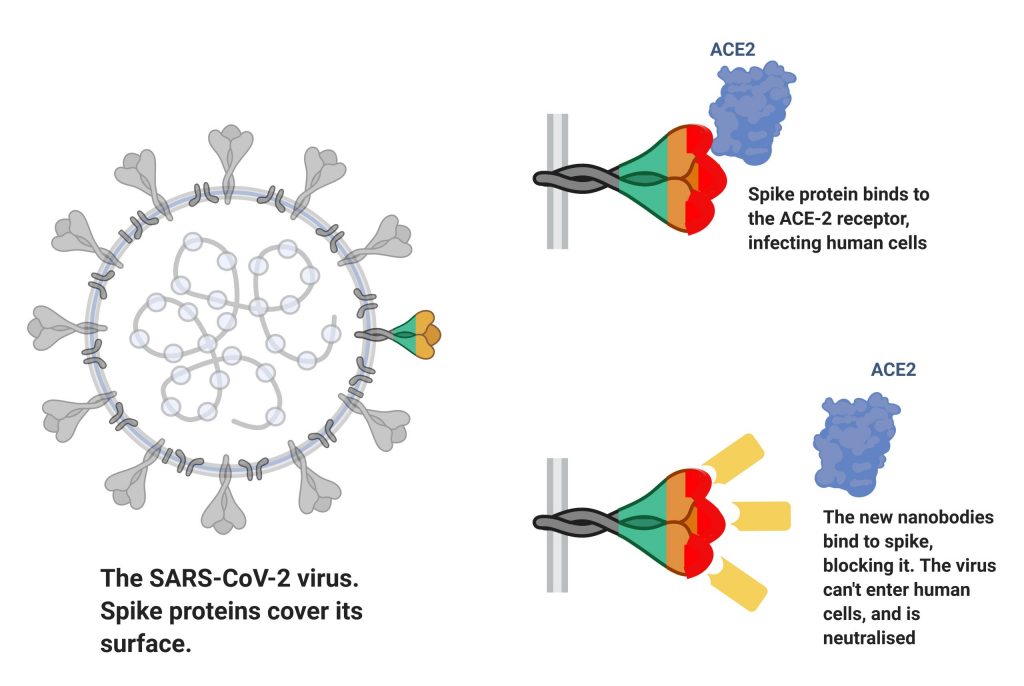 Combining expertise in advanced biological imaging with electrons and X-rays, and with a leading capability in in nanobody development, The Franklin has demonstrated the ability to make discoveries at the pace necessary to be relevant to an unfolding pandemic. This work is a powerful case study that validates The Franklin’s choice to develop key technology platforms that will have applicability to other major problems in human health.

Professor Ben Davis, Director of the Next Generation Chemistry Theme and Professor James Naismith, Institute Director, are investigating the role of sugars in guiding SARS-CoV-2 into place during the infective process. There is strong evidence that the virus uses sugars on the cell surface to ‘stick’ like Velcro before binding occurs between the viral spike protein to the host ACE-2 receptor. The team have already identified novel sugar molecules which bind to the Spike protein.

The aim is to synthesise sugar molecules that probe mechanism allowing the potential design of molecules that bind tightly to Spike – these may modulate and even block binding to human cells, thereby reducing or preventing illness. 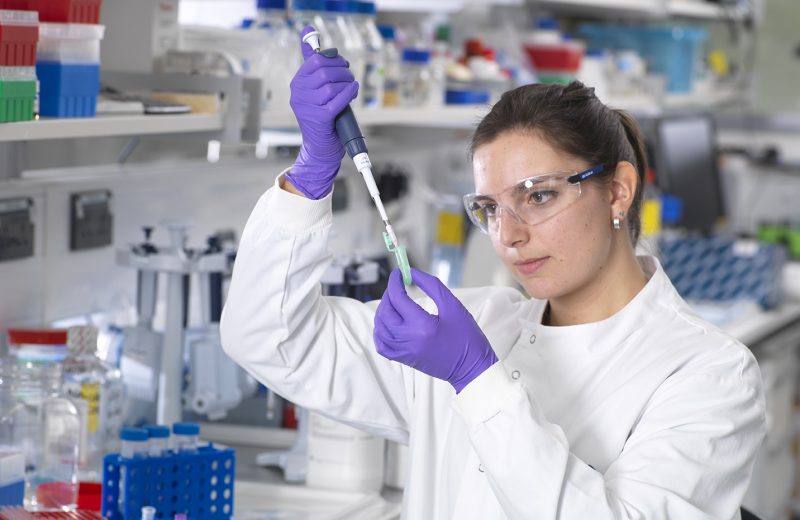 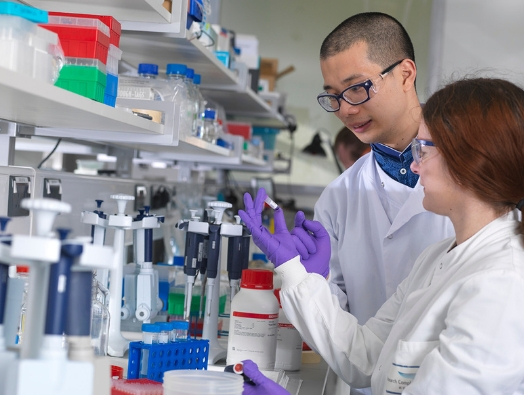 Rapid and accurate SARS-CoV-2 testing could be critical in clinical settings for patient triage, in addition to other settings where rapid and high throughput testing is required.

Current methods using PCR and immunochemical tests rely on primers, reagents, solvents and extraction methods. The fastest available tests currently take hours from sample to result. The development of tests which give near-instant results without the need for laboratory analysis would have huge benefits and could be transformative for testing regimens in a range of settings.

Ambient mass spectrometry could provide this tool. Using mass spectra of patient test samples and quickly analysing for the presence of virus enables tests to be completed in seconds, without the need for expensive primers or reagents. The technology could be developed for point of care, such as hospital admissions, for direct diagnosis.