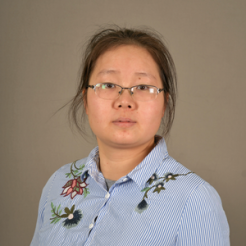 Yun Yang is a Postdoctoral Research Associate in Biological Sample Production within the Structural Biology theme.

Yun Yang got her PhD degree from Peking University. Before joining the Franklin, Yun worked as a postdoc research scientist in Professor Naismith’s group at University of Oxford for three and half years, focusing on the structural studies of transmembrane proteins involved in the synthesis and transport of bacterial polysaccharides, mainly using the technic of SPA cryo-EM. She is going to work on the protein complexes in the same pathway using a wide range of technics, including SPA cryo-EM and cryo-ET.