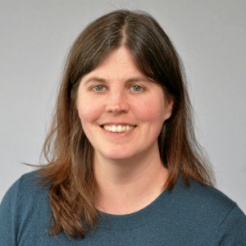 Professor Josephine Bunch is Co-Director of the National Centre of Excellence in Mass Spectrometry Imaging (NiCE-MSI) at NPL and Chair of Biomolecular Mass Spectrometry at Imperial College London. Josephine is an NPL Fellow and leads research and metrology in MALDI and ambient mass spectrometry imaging within NiCE-MSI. She is currently leading a Cancer Research UK Grand Challenge programme. Josephine previously led a research group in mass spectrometry imaging at the University of Birmingham, where she was a Lecturer in Chemistry and Imaging in the School of Chemistry and PSIBS Doctoral Training Centre (2009–2013).

Josephine completed a PhD in mass spectrometry imaging at Sheffield Hallam University, sponsored by Pfizer Global R&D (2005). She moved to the University of Sheffield (Department of Chemistry) in 2004 for her postdoctoral appointments (2004–2009). During this time, she was awarded an independent Enterprise Fellowship to support commercialisation of mass spectrometry imaging activities.

Alongside Professor Zoltan Takats, Professor Bunch is Co-Director of the Biological Mass Spectrometry theme at the Franklin.