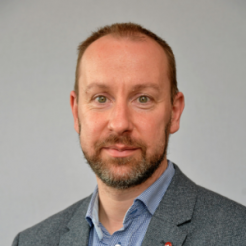 Professor Takats has obtained his PhD from Eötvös Loránd University, Budapest, Hungary. He has worked as a post-doctoral research associate at Purdue University, Indiana, USA. After returning to Hungary, he served as Director of Cell Screen Research Centre and also as Head of Newborn Screening and Metabolic Diagnostic Laboratory at Semmelweis University, Budapest.

Professor Takats was awarded the Starting Grant by the European Research Council in 2008 and he subsequently, became a Junior Research Group Leader at Justus Liebig University, Gießen, Germany.  He moved to the United Kingdom in 2012 and currently works as a Professor of Analytical Chemistry at Imperial College London.

Professor Takats has pursued pioneering research in mass spectrometry and he is one of the founders of the field of ‘Ambient Mass Spectrometry’. He is the primary inventor of six mass spectrometric ionization techniques and author of 78 peer reviewed publications. He was the recipient of the prestigious Mattauch-Herzog Award of the German Mass Spectrometry Society and the Hungarian Star Award for Outstanding Innovators. He was also elected to fellowship of the Academy of Medical Sciences in 2021. He is the founder of Prosolia Inc, Medimass Ltd and Massprom Ltd, all companies pursuing analytical and medical device development.