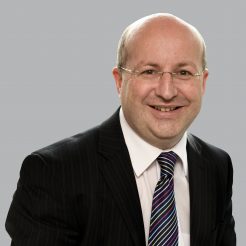 Board Member, University of Oxford

Ewan is Professor of English Private Law and a Fellow of Lady Margaret Hall at the University of Oxford.

He holds law degrees from the University of Edinburgh and the University of Oxford, and was called to the Bar in 1998. He is a barrister at 3 Verulam Buildings and a Master of the Bench at Gray’s Inn. His teaching and research interests are in commercial law, contract law and tort law. He served as Chair of the Board of the Law Faculty at Oxford from 2004 to 2006 and was Pro-Vice-Chancellor (Research) from 2006 to 2008 and then Pro-Vice-Chancellor (Education, Academic Services and University Collections) until 2010. He took up the appointment of Registrar in January 2011, succeeding Dr Julie Maxton. He was appointed Queen’s Counsel Honoris Causa in 2015.

As Registrar, Professor McKendrick acts as the head of University Administration and Services (UAS), with responsibility for the management and professional development of UAS staff and for the development of other administrative support. He is also the principal adviser on strategic policy to the Vice-Chancellor and Council.