Earlier this year, as part of our Rosalind Franklin centenary celebrations, The Franklin launched two competitions – an image competition and an undergraduate essay competition. We are now delighted to announce the winners of those competitions.

Given the interdisciplinary nature of both Dr Franklin and The Rosalind Franklin Institute’s work, the competition aimed to get participants to explore reasons for the separation of scientific disciplines by discussing the following statement:

“So much of the work done in science now requires input from multiple disciplines, that the separation of the disciplines is irrelevant and unnecessary.”

This competition was open to all undergraduates from our member universities. The five shortlisted entries will receive a tour of the Rosalind Franklin Institute once the building is completed in mid-2021. The first place winner also receives £200.

First place was awarded to Rachel Scott, a second year undergraduate at UCL studying Natural Sciences. Dr Jen Jennings, a member of the Franklin’s board and one of the judging panel, said ‘I was impressed by Rachel’s essay as I felt it had a strong introduction and logical structure to it. I also felt that she had done a lot of research, which really came through in her writing.’

You can read Rachel’s essay here.

The following had their essay’s shortlisted: 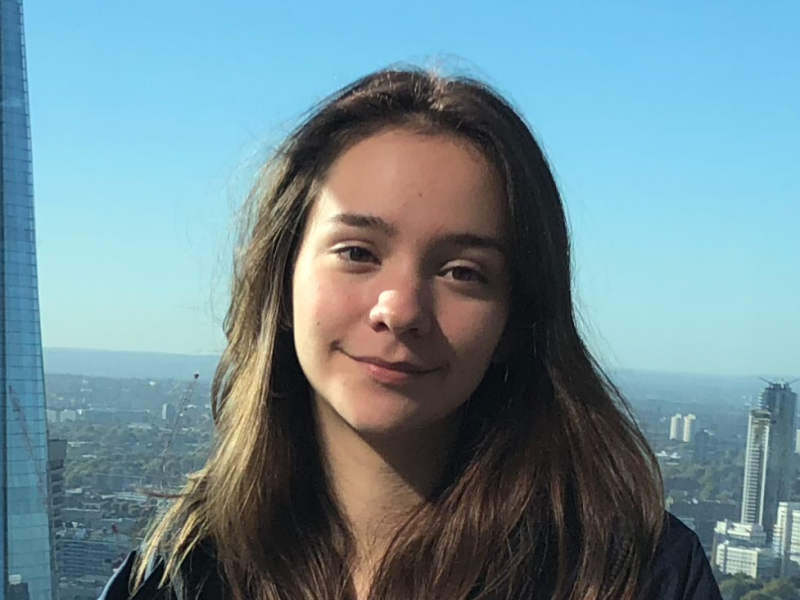 Thank you and well done to everyone participated in the Essay Competition, the judges all commented on the high calibre of all the entries and that they highly enjoyed reading them.

Our image competition categories were inspired by one of Franklin’s most famous quotes:

‘… science and everyday life cannot and should not be separated. Science, for me, gives partial explanation of life. In so far as it goes, it is based on fact, experience and experiment.’

So participants were asked to submit images in three categories: fact, experience and experiment.

Prizes were awarded to an overall winner and three category winners, winners received a £100 prize and their pictures will be placed on displayed alongside highly commended entries from all our member institutes in the new Franklin Hub building, due to be opened in mid-2021.

Image caption: Cell damage caused by radiation can lead to the formation of skin cancer via cyclobutane pyrimidine dimers. Lasers are used to score lines across a cell to mimic this radiation damage, and study how the cells repair themselves. This image illustrates the microbeam technique, which allows the delivery of precise amounts of damage to the DNA.

Judges’ comments: This image, taken from experimentation on DNA, best encapsulates the links between our namesake, Dr Franklin, and the future work of The Franklin. The rapid development of imaging technologies over the last 100 years has expanded ability to visualise life, The Franklin hopes to continue this revolution. 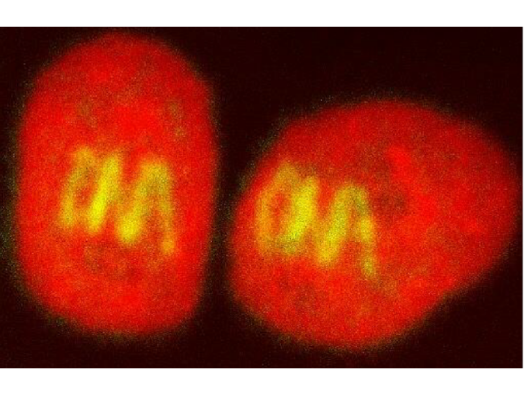 Winner of the Fact category–

Image title: Heart in the Brain

Image caption: Viewed under an electron microscope, brain cells have been stained to allow the detection of a specific protein, glial fibrillary acidic protein. One can observe an unusual heart shape in between these brain cells.

Judges’ comments: This delightful image captures a scientific anomaly. We especially enjoyed the composition of this image with the inclusion of the microscope eyepiece to frame the proteins.

Heart in the Brain

Winner of the Experience category–

Image caption: Colourful patterns are projected on to the walls as light shines through the beautiful stained glass in the Sagrada Família, Spain.

Judges’ comments: Gaudí became chief architect of the Sagrada Família in 1883 and devoted the rest of his life to the project. However, the building is not expected to be completed until 2032. This image reminds us that sometimes it takes many generations to build something truly great, and that we at The Franklin are just a small part in the continuation of a great scientific legacy. The combination of light and architecture in this image is particularly resonant to the theme of this category, capturing a unique moment for the viewer. 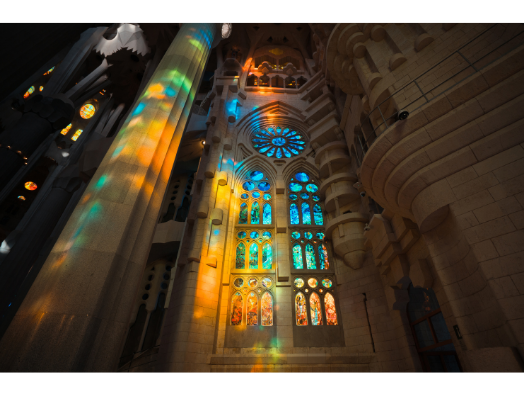 Winner of the Experiment category–

Image title: Sound and Bubbles Deliver Drugs into the Brain

Image caption: Powerful drugs are able to cross the blood-brain barrier into the brain by using ultrasound and microbubbles. The image shows a model drug (red), known as ‘Texas Red 3 kDa dextran’ molecule, in the brain’s memory centre, the hippocampus (green). This drug-delivery method gives a non-invasive and local way of treating diseases in the brain.

Judges’ comments: We thought this was a wonderfully crisp and colourful image, which represents a very interesting frontier in science. 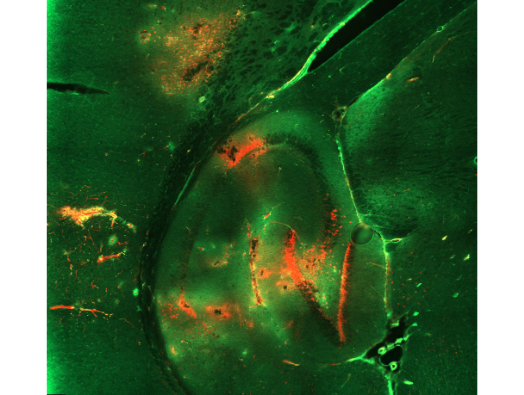 Sound and Bubbles Deliver Drugs into the Brain

All of the judges thoroughly enjoyed looking through all the images that were submitted, so thank you and well done to all Image Competition participants.