The rapid development of nasal sprays to treat future respiratory viruses is a ‘real possibility’ after scientists showed how to use structural insights to improve the potency of lab-derived nanobodies against Covid-19.

The team had previously demonstrated that nanobodies – a tiny type of antibody found in llamas and other camel-like animals – can effectively target the SARS-CoV-2 virus.

Now, the researchers have uncovered the rules that control how ‘naïve’ nanobodies (made entirely in the lab within a few weeks) bind to the virus’s spike protein and neutralise the virus. Understanding these rules allows rapid protein engineering in the lab to improve the nanobodies’ potency. This means that potential treatments or preventative medicines can be produced even more quickly for future pandemic threats. Llama nanobodies are cheaper and much easier to produce than human antibodies and, crucially, their stability makes them ideal ingredients for nasally administered therapeutics – something that is impossible for human antibodies. 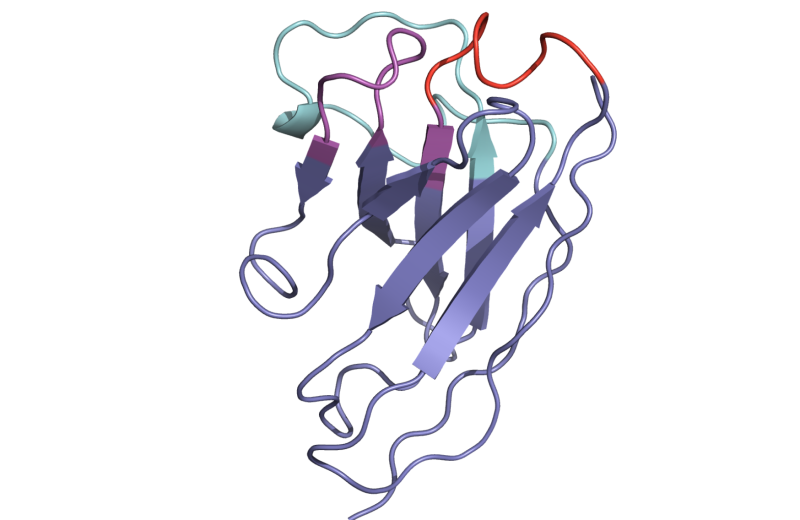 Professor Jim Naismith, Director of the Rosalind Franklin Institute and one of the study’s authors, said: ‘Nanobodies have great potential for treating disease – particularly respiratory infections. We showed previously that we could use llama nanobodies successfully to treat Covid-infected hamsters via nasal spray.

‘The problem with this is that it takes time to immunise the llama, collect the nanobodies and work out which nanobodies are likely to be best at neutralising the viral protein. Speed is of the essence in a pandemic, so we set out here to uncover whether and how a naïve llama nanobody in the lab could be developed quickly into something that will bind effectively to SARS-CoV-2’s spike protein.’

Using a naïve library – that is, a collection of antibodies that have not yet been exposed to a particular pathogen – a team led by Professor Ray Owens at the Franklin identified a series of nanobodies with the potential to neutralise the Covid-19 virus. The Owens and Naismith labs then employed a raft of advanced techniques available at the Franklin and collaborating institutions (Diamond Light Source and the University of Cambridge), including electron microscopy, protein crystallography, surface plasmon resonance, isothermal titration calorimetry and computational modelling, to interrogate the structure and mechanisms behind the best binders. Binding affinity is measured in units called nanomolar, with a lower number denoting more potency.

By tweaking these structural properties in the lab, the researchers were able to enhance the binding potency, or affinity, of modified nanobodies to the SARS-CoV-2 spike protein – a process known as maturation. Unlike the time-consuming process of going directly to animals for the antibodies, these naïve samples could be engineered in the lab into potent binders within a matter of days. 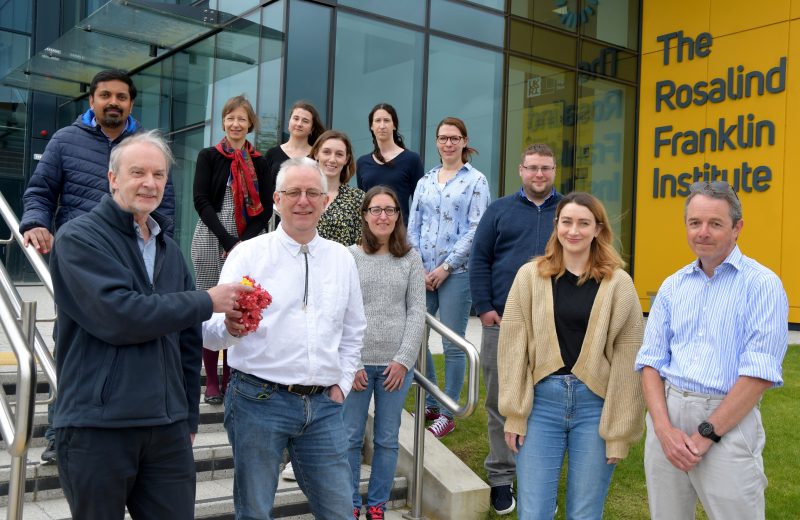 Part of the Nanobodies team outside of the Rosalind Franklin Institute. Photograph By: Sean Dillow.

Co-author Dr Audrey Le Bas, a postdoctoral researcher at the Franklin, said: ‘In our previous research we showed that we could use nanobodies to target the receptor-binding domains of the spike protein – the fragments that allow the virus to enter our cells and infect us. What we didn’t know was why some nanobodies are better at this than others. By carrying out lots of complex analysis, we now have a much better understanding of the processes involved in nanobodies’ binding potency, and that makes engineered nanobody therapeutics for respiratory viruses a real possibility.

‘If a new virus arrived tomorrow, I think we’d be in a good position to use and adapt this knowledge to target different pathogens and different proteins.’

Professor Naismith added: ‘One of the interesting things about this study, in my view, is that it was begun and carried out during lockdown periods of the pandemic. It’s a real triumph of teamwork. The computation tools developed by Professor Michele Vendruscolo in Cambridge are transformational and depend on the high-quality structural data that we can obtain.

‘What we have now is essentially the recipe for turning promising nanobodies into viable treatments within a short timeframe. There’s a pipeline here that could move really quickly if we face another respiratory threat in the future.’

The study, published in the journal PNAS, was a collaboration between scientists at the Rosalind Franklin Institute, Diamond Light Source, the Research Complex at Harwell, and the universities of Cambridge, Oxford and the Punjab. The work was funded by the Wellcome Trust and EPSRC.