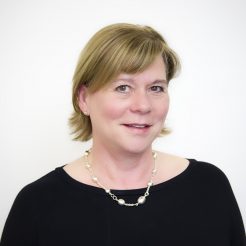 Gillian Burgess joined Grünenthal as Head of Research in April 2020. Prior to this she was the Vice President, Site Head and Head of Research at Vertex’s Oxford Research Site in the U.K. where she was responsible for discovering new medicines or serious conditions such as chronic pain. Prior to her appointment at Vertex, she worked in a variety of roles at UCB-Celltech, Pfizer and Novartis helping to bring several compounds to clinical development and to the market. At Pfizer, she was Chief Scientific Officer for the Pain Therapeutic Area, served as Global Therapeutic Area Head for the Gastrointestinal Therapeutic Area and also led Pfizer’s Urology Therapeutic Area. At Novartis she was part of the Neuroscience group.