The Rosalind Franklin Institute, a new research institute based at the Harwell Science and Innovation Campus has officially opened.

The building was opened by Professor Lynn Gladden, Chief Executive of the Engineering and Physical Sciences Research Council, which funds the Franklin, and delegates from industry and academia, including Nobel Prize winner Richard Henderson.

The £43m building, constructed by UKRI-STFC working with Mace, designed by IBI and project managed by AECOM, will house both the Franklin team and the cutting edge technologies in biological imaging being developed by the institute.

Professor James Naismith, Director of the Institute, said: “This is a proud day for the Franklin. The work we do here will provide major factor-of-ten leaps in our ability to see and understand life. These technologies will be a huge asset for the UK, and this building is the perfect home for them.” 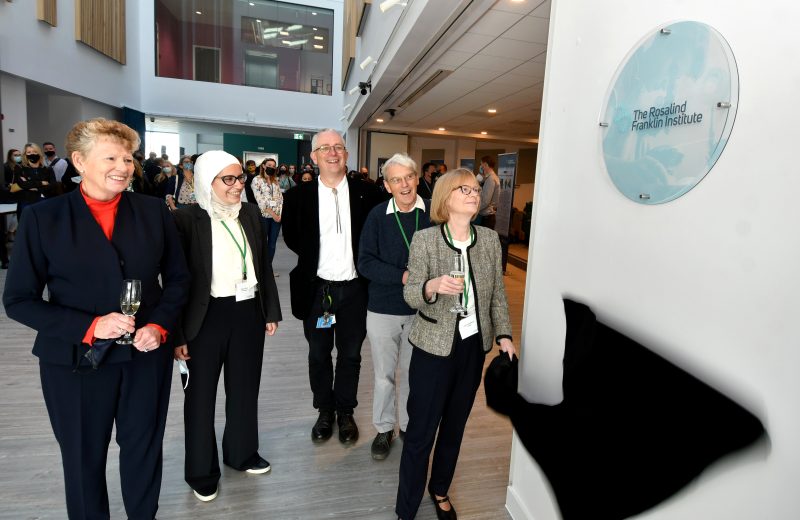 The Franklin was founded by ten leading UK Universities in 2018, with £103 million funding from the UK Government. This funding has created novel imaging technologies in microscopy, chemistry, structural biology and AI. These include world-first time-resolved electron microscopes, technology for imaging cells in 3D at atomic resolution, chemical tools for protein modification and labelling, and mass spectrometry equipment with unrivalled sensitivity for tissue imaging. The institute has already contributed to the fight against Covid-19, with work in member laboratories turning to the pandemic. The new building will continue this work, enabling further research on covid therapeutics and diagnostics, and also working in readiness against the next pandemic.

Dr Judy Kim, Deputy Director of the Correlated Imaging Theme said “the environments we require for our work are incredibly demanding – there are very few places where you can develop instruments with new technology like this. Having a bespoke building which encourages cross-disciplinary collaboration will make sure we develop new methods to tackle the most crucial problems.” 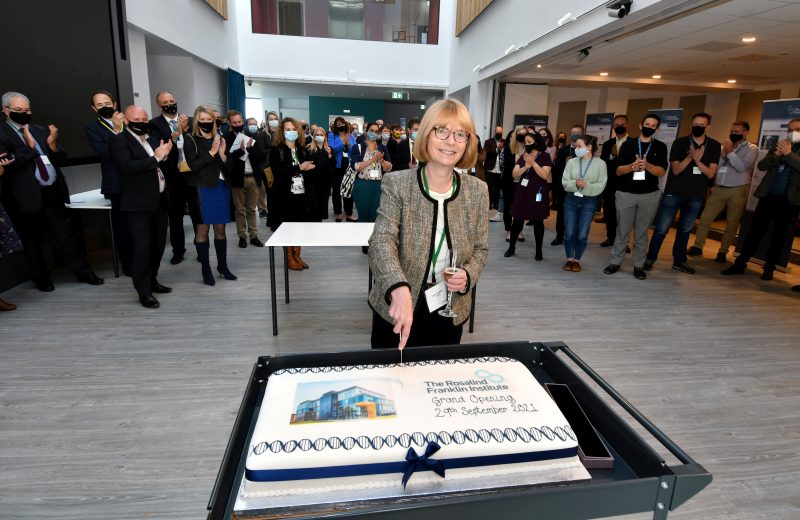 Professor Dame Lynn Gladden, EPSRC Executive Chair said:  “By connecting physical sciences and engineering to the life sciences, we have the ability to develop new innovations to enhance our understanding of life.

“The opening of the Rosalind Franklin Institute will help us to tackle health research challenges and enable the UK to make leaps in life sciences innovation which would otherwise be inaccessible.”

Skills for the future

The building opening also marks the start of the Franklin’s new PhD training centre, supported by UKRI-EPSRC. Students will spend four years at the Franklin developing skills across biological imaging, working with Universities and industry across the UK. Training partner, The University of Edinburgh will host the students in year one, providing training in core research skills. Students will then move on to carry out 12-weeks pilot research projects either with Edinburgh or other partners, using or developing Franklin technologies.  The pilot projects will lead to fully developed 3 year PhD projects.

Professor Andy Mount, Dean of Research in the College of Science and Engineering, University of Edinburgh, said: “We at Edinburgh are delighted to be chosen as the partner for the Franklin training centre and look forward to contributing our expertise in the training of the next generation of research leaders required to develop the healthcare innovations of the future.” 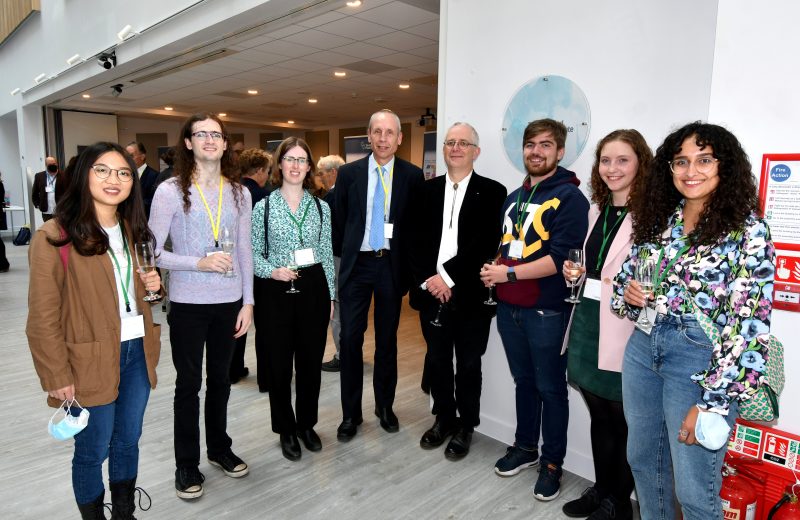 Some of the new Franklin PhD cohort, with Professor Andy Mount and Professor James Naismith
Your choice regarding cookies on this site
We use cookies to optimise site functionality and give you the best possible experience.