One of the best-known aspects of the Covid-19 pandemic is that the virus ‘jumped’ into people from animals – perhaps bats or pangolins – in a process known as zoonotic transfer.

What hasn’t been clear to scientists is exactly how, from a mechanistic point of view, the virus moved between animal and human cells as part of that initial leap and what tricks the virus might have used in its journey.

Now, an international team led by scientists at the Rosalind Franklin Institute has demonstrated that, despite prior uncertainty, SARS-CoV-2’s spike protein can indeed latch on to sugars known as sialic acids found on the surface of human host cells. That’s in addition to the ACE2 protein that has long been known to attach to the receptor-binding domains (RBDs) that sit atop SARS-CoV-2’s crown-like spikes. 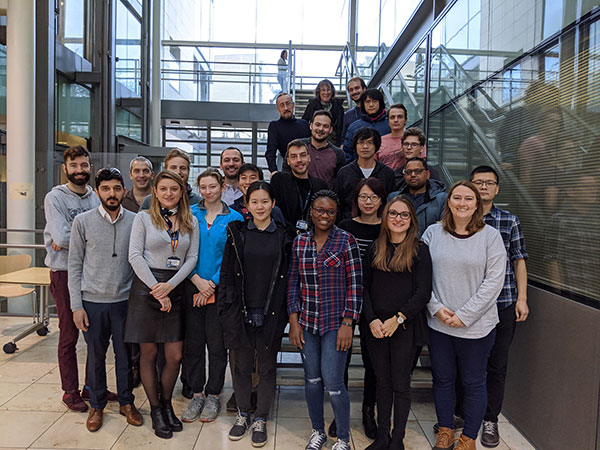 Professor Ben Davis of the Rosalind Franklin Institute, one of the paper’s senior authors, said: ‘Two of the ongoing mysteries of the coronavirus pandemic are the full mechanisms behind viral transmission and the origins of the zoonotic leap. While it’s well known that the combination of RBD in the spike and ACE2 protein on the human host cell surface gives the virus one of its footholds, that always seemed unlikely to be enough to give it the flexibility it needs to control fully how it enters and then exits our cells to carry on infecting.

‘In influenza, it’s been known for a long time that the virus grabs hold of a sugar on the surface of human host cells called sialic acid, and then uses that as a way of getting into the cell. Flu treatments such as Relenza stop the virus from getting back out of the cell by inhibiting a particular enzyme and ensuring it gets stuck at the surface. Coronaviruses don’t have an equivalent enzyme, but nevertheless it’s been suggested that they might still use sugars as an early attachment point to grab hold of and get into human host cells. This therefore means that as viruses they may have to tread a much finer line when it comes to the balance of getting in and out of the cell.’

The team set out to investigate this by using nuclear magnetic resonance (NMR) spectroscopy and magnetization transfer techniques available at the Franklin. When it became clear that quantifying the complex sugar-pathogen interactions would not be possible with traditional versions of these techniques, the researchers developed a new, more sophisticated method, which they have called universal saturation transfer analysis (uSTA).

Using uSTA and extremely precise high-resolution imaging, the team showed that the SARS-CoV-2 spike binds to sialic acid in key representative sugars and, unexpectedly, that the binding takes place in a part of the spike protein called the N-terminal domain. The results were confirmed using cryo-electron microscopy.

Professor Davis said: ‘What’s really interesting is that the N-terminal domain is the location for lots of the mutations that take place in the spike protein as the virus evolves rapidly. Sugar binding may help explain why this is happening.

‘And, strangely, it’s only the original strain of the virus that exhibits sialic acid binding. The subsequent variants-of-concern we’ve seen, such as alpha, beta, delta and omicron, get rid of this mechanism. We were able to couple this insight with clinical data from early Covid patients in northern Italy, which found a correlation between severity of disease and genes involved in the creation or protection of specific complex sugars on human cell surfaces. This suggests that genetic variation in how well the virus can grab hold of sugars could affect the nature of disease experienced by individuals.’ 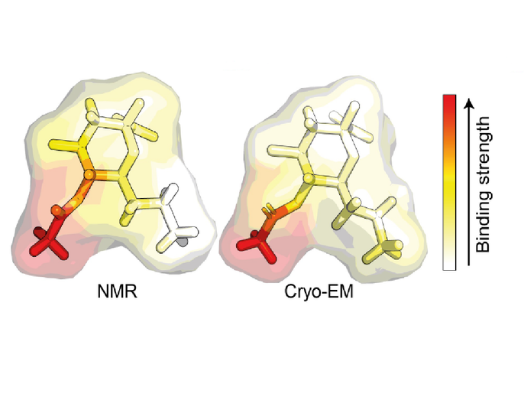 These specific sugar structures had already been detected deep in the human lung by researchers at Harvard Medical School, adding weight to this hypothesis.

As for why the virus has discarded the sugar binding feature as it has evolved into new variants, Professor Davis suggests it may have been necessary for the initial zoonotic leap into humans from animals but can then be hidden until it is required again – particularly if the feature is broadly detrimental to the virus’s mission of replication and infection within humans. This crypticity may be of evolutionary benefit in other ways also.

Professor James Naismith, Director of the Rosalind Franklin Institute says: “With our ultra-high precision imaging and new method of analysis we can see a previously unknown structure at the very end of the SARS-CoV-2 spike. The amazing thing is that our finding correlates with what the Italian researchers noted in the first wave, suggesting that this was a key role in early infection.

“The new technique can be used by others to shed light on other viral structures and answer extremely detailed questions. This work is an example of the unique technologies the Rosalind Franklin Institute was set-up to develop.”

‘Pathogen-sugar interactions revealed by universal saturation transfer analysis’ is published in the journal Science. The study was a collaboration between around 40 scientists across Europe, spearheaded by PhD students Charles Buchanan and Ben Gaunt, and overseen by Professors Andrew Baldwin, Ben Davis and Jim Naismith of the Rosalind Franklin Institute.