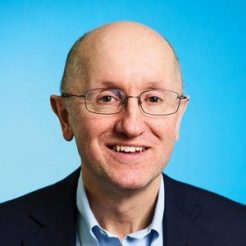 David is Chief Scientific Officer at Astex Pharmaceuticals, Cambridge UK. He is associated with the discovery of three launched drugs, the anti-cancer agents ribociclib (Astex Novartis collaboration) and erdafitinib (Astex Janssen collaboration) and the anaesthetic agent sugammadex (Organon, Merck) which has been used in over 30 million patients in 60 countries.

David is one of the few industrial scientists to have served as President of the Organic Division of the Royal Society of Chemistry (RSC) and in 2015 was elected to be a Trustee of the RSC.  He has held visiting professorships at three UK universities and sits on several scientific advisory boards of not-for-profit organisations.  In 2020 he was elected to the Fellowship of the Academy of Medical Sciences, and was inducted into the RSC BMCS Hall of Fame.